This section summarises the occupations that have been added and removed from the Education and Childcare occupational map as a result of the consultation, and responds to additional comments that were submitted. 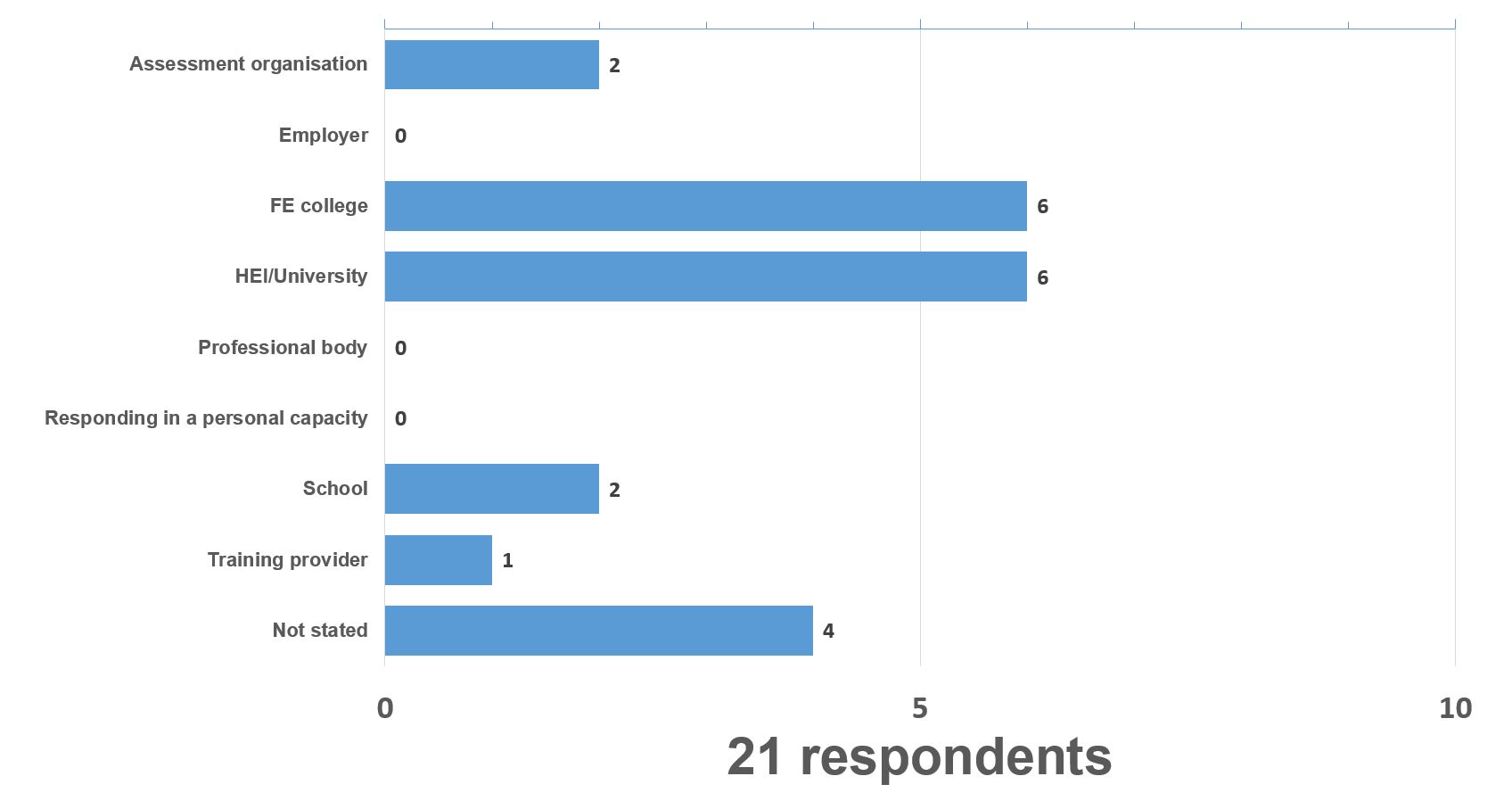 Respondents proposed additional occupations for inclusion on the map, and after analysis, the following occupations have been added as standards awaiting development:

The following occupation was proposed for inclusion, however Institute and route panel analysis concluded that there is insufficient evidence at this time for this to be considered as an occupation for the development of an apprenticeship standard:

As referenced above, respondents suggested that Learning and Development Consultant/Business Partner has be moved to the Business and Administration map. Following consultation with the respective route panels, this has been moved.