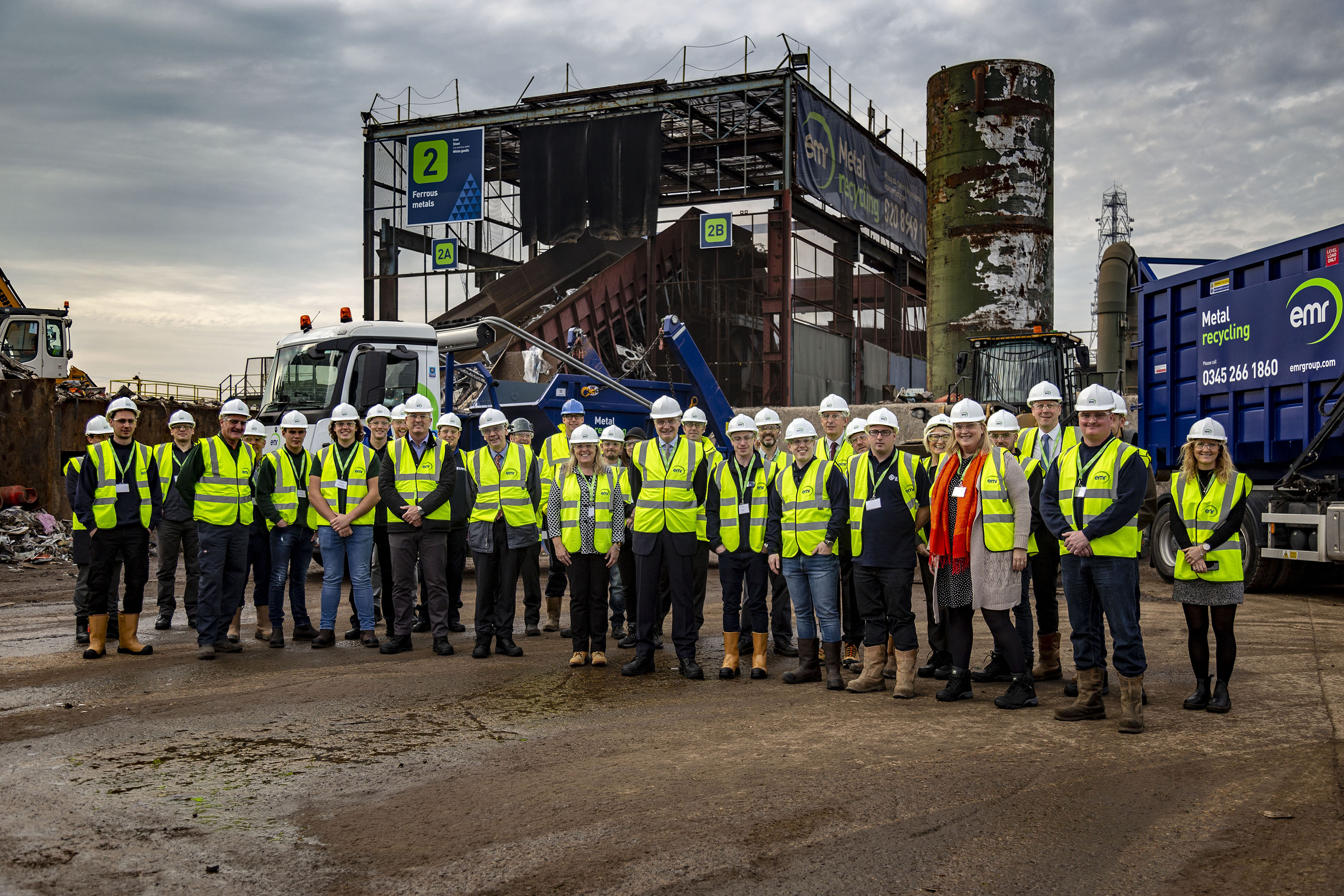 Earlier this week the Institute for Apprenticeships (IfA) with the British Metals Recycling Association launched the first ever apprenticeship for the metals recycling industry.

The level two metal recycling general operative (MRGO) standard was approved for use by the Institute, following extensive work with the industry on what it should involve and how it should be assessed.

I want to congratulate the industry as a whole for developing the new apprenticeship and end point assessment.

“This is a fine example of one of the key things that we are trying to achieve through the Institute – the introduction of new high quality apprenticeships for sectors that have not had them before.

“Each new apprenticeship starts with a blank sheet of paper and takes a huge amount of hard work and dedication from the employers, with support from the IfA, to get it to a point where it is ready to launch.

I was delighted to be able to help them celebrate reaching this point.

The new wave of apprenticeships are employer-led, which means that they are developed by groups of employers from the relevant industry known as Trailblazers. The Institute’s role is to support them through this process.

The Trailblazer group worked closely with the IfA throughout the year, to ensure the new apprenticeship met our rigorous quality expectations while ensuring it also met the technical requirements of the industry.

Training for this 12 to 18 month long apprenticeship will be focused on developing essential skills for working in a metal recycling yard and supporting the UK’s ability to recycle and reuse materials locally.

Areas of skills development include how to:

Speaking about the new apprenticeship, Susie Burrage, president of the British Metals Recycling Association (BMRA), said: “By supporting the industry from the ground up and giving young people the necessary training in key business areas, we hope that we can plug the skills gap, and keep metals recycling at the forefront of the circular economy.”

Liam Murray, 25, one of the first wave of new apprentices with his employer Sackers Recycling, said:

“This is going to give me useful knowledge and make me more useful to my company.

“I feel good that I’m going to be getting some really good training, but will also be paid at the same time.”

“We are currently employing two apprentices with a view to increasing that to four. We’re committed to this because it’s really important to train our people up properly in the different types of jobs they are doing.

“This is the first time that will have been done in a formal way which is a big step forward. It’s a question of investing in the future.”