The government’s new gold standard technical qualifications for young people aged 16 to 19 are going from strength to strength and celebrations are taking place across the country as a result.
The Institute of Apprenticeships and Technical Education (IfATE) and Department for Education (DfE) want to ensure employers and students everywhere have the chance to find out more through T Levels Week. T Levels providers and employers across the country will be taking part through events, PR and social media, and all supportive organisations are encouraged to spread the word using the hashtag #TLevelsWeek.

Baroness Ruby McGregor Smith, chair of IfATE and president of the British Chambers of Commerce, said: “T Levels are the future of technical education and a world class alternative to academic A Levels. T Levels Week is a fantastic chance to celebrate them and I want to urge many more students to sign up and employers to offer work placements that will open out an exciting new talent pipeline to their businesses. This is a fantastic opportunity for people all over the country to get behind T Levels and raise awareness over the coming week and beyond.”

T Levels are new skills training programmes available to 16–19-year-olds after completing their GCSEs. Businesses design T Levels with IfATE to make sure students are work ready. They stand out from other qualifications because in addition to world-class classroom learning, every student must complete a substantial work placement typically lasting around 45 days.

Employers who have so far provided T Level work placements include the NHS, Lloyds Banking Group, Balfour Beatty and Wilmott Dixon for construction, and games and immersive tech firm Infinity 27. Many of the first wave of work placements have led directly to permanent job offers.

A pass at the end of the two-year course is the same as three A Levels and over 120 universities are already accepting T Levels as part of their entry requirements. Students can also progress straight into jobs or apprenticeships and other higher-level training.

Students who started their T Level in 2020 received results in August 2022. 92% achieved a pass grade or above for their overall grade. 71% who applied for a higher education place got it.

Journalists who would like to take this opportunity to report on T Levels and speak to our case studies below can email charlotte.dutoit@education.gov.uk

Employers can also contact the IfATE T Levels team to find out more about how to get involved with designing and approving the next generation of skills training at enquiries.IFA@education.gov.uk. 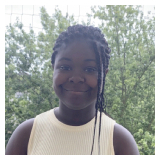 Rachel Appiah-Kubi is a 17-year-old student at La Retraite 6 in London who chose a T Level in Digital Production, Design & Development because she wants a career in coding. The best thing about the course has been her work placements, she says. The first, at Women Like Me, focused on social media marketing. “It’s made me much more independent; talking to clients and making more connections for the business was really interesting,” she said. Her second placement was with the Department for International Trade, which she was keen to do as she would like to work there in the future. “It has a lot of coding, which I like,” she said. “I’ve learnt two new coding languages: Java and React, and I got to develop front end and back end to see which I prefer… I’ve always loved tech. I want to know how it works; what you can make with it.”

Rachel did consider doing A levels at first, but she could only decide on two: Maths and ICT. Her school spoke about T Levels a lot and her teacher said it would be a good opportunity, so she decided to go for it. She was nervous that a lot of universities didn’t accept T Levels but then her teacher gave her a list of those that did. “I also started to research apprenticeships and realised that university wasn’t the only option,” she said. The T Level has since boosted Rachel’s confidence. “I’m proud of how confident the T Level has made me. I pushed myself to do more things,” she said. “It will put me ahead of others because most jobs are looking for work experience.” She is also happy to see a lot more girls studying coding: “We need more women in the tech industry… Just a few girls joining can make a big difference. When you see someone like you doing something, it can make you more motivated and inspired.”

Joe Harper is an 18-year-old student, from Portsmouth, and one of the first to complete a T Level in Digital Production, Design & Development at HSDC. Beginning his course at the height of the pandemic in 2020 might have been a challenge, but by the end of two years Joe had gained real insight and practical experience in the IT industry, and even left with a job offer. When reflecting on some of his favourite parts of the course, Joe spoke fondly of the hands-on experience he received during his placement with SGN, a British gas distribution company in the South of England. He said that “no two days were the same” and “SGN gave me complete freedom over what I wanted to get out of the role”. He added: “I got to delve into the world of cyber security one day, whilst the next I got the chance to see what it would be like to run the IT department by shadowing important people in the business. It was truly eye-opening to see the demands of the job but also gave me a clear picture of what to work towards.”

Alongside his practical experience through the work placement, Joe also got the opportunity through classroom-based lessons to learn about computer programming, cloud computing and even did a module on the laws and ethics of computers, which was his personal favourite. When asked what advice he would give to someone thinking about doing a T Level, Joe said: “I would go for it! You get the valuable 315 hours on the industrial placement which sets you up with skills for life.” Since completing his course, Joe has received several job offers but is weighing his options against the possibility of doing an apprenticeship in software engineering to take his knowledge further. Ultimately, this T Level has driven his to learn more about the digital space that he’s always had a passion for, as well as provided him with the confidence to enter the world of work seamlessly. 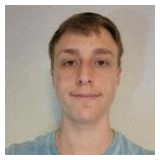 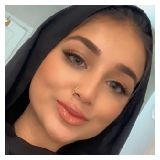 Daniel Hollerer and Layba Majid are both doing a T Level in Digital Production, Design & Development at Calderdale College in Halifax with a work placement at Lloyds Banking Group. As soon as they heard about the new course, they felt it was a great opportunity. Daniel said: “I was thinking about doing an apprenticeship, so the T Level seemed like an easier way to ease into that style of learning.” Layba emphasised the importance of it having a strong workplace aspect: “Work experience holds a lot of value; it is as crucial as the time you spend studying.” They are enjoying their time at Lloyds Banking Group despite being nervous at first. Daniel said: “It was quite daunting with it being one of the biggest banks but we settled in quite quickly and the skills we had learned at college helped. At college we have covered Python and web development which we are now using.  If we hadn’t learnt this, then we wouldn’t have been able to contribute as much as we have.” Layba said: “We have already learnt so much in such a short time. The experience will come in handy in the long term whatever we choose to do.”

Both students have been given projects to code up an asset finance model and enhance the web application for a new platform, which they are enjoying. They are also helping to plan and deliver a team building & celebration of engineering day involving all software engineers in the lab. Layba said there is a definite shift in the way colleges are now working – enabling students to focus on more skills and knowledge related to the workplace: “When you get a job you will be well prepared for it.” Their advice to others considering a T Level is to take comfort in the fact it has a good balance between classroom learning and time in the workplace. Layba said: “T Levels are just two years which is not a long time at all for a course. If you just want a hint of what a work environment can be like then it is a really good option.” Daniel agreed: “If you’re worried and unsure about the workplace, a T Level is a good start as it eases you in with more classroom time than an apprenticeship which is more workplace based.” Both are now considering moving onto an apprenticeship or further education after the course has finished. 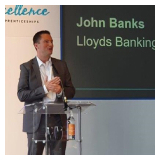 Lloyds Banking Group was one of the first employers to work with IfATE on T Levels, with the Group showing early commitment in 2017 by helping to develop T Levels, with Damian Jacobs, Emerging Talent Manager at the time, supporting as a T Level panel member.  John Banks, apprenticeship delivery manager, said: “We already have a suite of talent propositions, so we felt that T Level placements were a natural fit. As well as being a fantastic initiative in isolation, the placements will also help create a talent pipeline – if the students enjoy a successful placement, we can potentially bring them in on apprenticeships after completing their T Level, for example.  Early feedback from our supporting line managers is that they have been really impressed with the enthusiasm and existing skills of the students and the pace at which they are picking things up.”

Lloyds Banking Group’s placements are currently in Manchester, Halifax and London where they have key hubs and there is a wider plan to scale up in 2023. John recently spoke to the students in Manchester and was pleased to hear their initial perception of a bank is not what they’re experiencing. “They had a few initial reservations that we may be ‘a boring old bank’ but actually quickly found that it’s actually an exciting and dynamic working environment,” he explained. They thought it would be quite strict – even wearing suits the whole time! - instead they are enjoying the collaborative atmosphere of the engineering lab where everyone approaches each other for advice and guidance. The students have also had a chance to go into a local branch and see how the machines work to bring to life what they are working on.  “I have nothing but admiration for the very first T Level students,” said John. He encourages others to follow in their footsteps if they have a passion for technical learning. “At Lloyds Banking Group we absolutely endorse T Levels and the hands-on experience they bring, so go for it.”