The board provides leadership and direction, setting our strategic aims, values and standards. Its work is governed by the Institute’s governance framework.

The Institute’s Board has a responsibility to ensure that the Institute complies with its statutory responsibilities, relevant legislation and government accounting rules in relation to its use of public funds.

The Board consists of the Chair, the Chief Executive and 8 non-executive members appointed by the Secretary of State for Education.

Chair of the Institute for Apprenticeships and Technical Education

Baroness Ruby McGregor-Smith CBE was appointed Chair of the Institute for Apprenticeships and Technical Education on 1 August 2021.

She is a member of the House of Lords, having been granted a life peerage in 2015, and is president of the British Chambers of Commerce.

The life peer is chair of behavioural change specialists Mind Gym PLC and the Air Operators’ Association and serves as a non-executive director with the Department for Education and London’s new super sewer, the Thames Tideway Tunnel.

She is a Fellow of the Institute of Chartered Accountants in England and Wales and was awarded the Outstanding Achievement Award in 2015, the profession’s most prestigious award.

Baroness McGregor-Smith has also been chair of the Women’s Business Council and a non-executive board member at the Department for Culture, Media and Sport.

Prior to that, Jennifer was Acting Chief Executive of the Standards and Testing Agency, where she oversaw the Agency’s work on primary school assessment policy and operational delivery.   She previously spent three years as the Deputy Director of the joint DfE and Department for Business, Innovation and Skills Apprenticeships Unit.

Dr Kate Barclay is a Chartered Chemical Engineer and Fellow of the Institution of Chemical Engineers with over 20 years’ experience in the pharmaceutical industry across both advanced commercial manufacturing and early clinical research and development.

Kate has a passion for developing STEM talent through all routes and volunteers as a STEM ambassador and Careers & Enterprise Advisor in secondary education.

Bev has over 25 years’ experience in further and higher education colleges.  She believes in the power of education and training to transform lives and is passionate about technical and professional education, co-created with industry, to drive the UK economy.

Bev is Principal and Chief Executive of Blackpool and The Fylde College.  Bev was on the Independent Panel for the Review of Post 18 Education and Funding which produced the Augar report and was a member of the Independent Panel on Technical Education chaired by Lord Sainsbury.  Bev is a member of the Lancashire LEP Skills and Employment Advisory Panel and Blackpool Town Board.

Fiona Kendrick, former Chairman and CEO of Nestlé UK&I, is Chair of PWC Public Interest Body, Deputy Chair of the Institute for Apprenticeships Board and Chair of the new HE Institution in Hereford for Engineers. Fiona also sits on the Food & Drink Sector Council leading Workforce and Skills and on the Productivity Leadership Council for the Government.

Having started her career initially in teaching, Fiona joined Nestlé UK in 1980 in a commercial role, and spent her working life with Nestlé in key strategic roles in the UK market as well as at global level. Fiona led Nestlé’s global coffee business for 5 years in Switzerland.

Fiona has a personal passion for the youth employment and skills agenda, and has led a number of lighthouse projects in this area both for Industry and Government. Fiona was a UK Commissioner for Employment and Skills and played a lead role in supporting the development and delivery of strategies for skills and employment across the four UK nations. Fiona was President of the Food and Drink Federation, the association that represents the UK food and drink manufacturing industry (2015-2017). She previously led the F&D sector’s skills and competitiveness agenda and co-chaired the UK Food and Drink Export Forum. In the 2015 New Year’s Honors’ list Fiona was created Dame Commander of the British Empire for services to the food industry and support for skills and opportunities for young people.

In recognition of services to the food and drink industry and young people's employment and skills, Fiona has been awarded honorary degrees by Sheffield Hallam University, York University and Warwick University.

Fiona has been awarded the Chartered Management Institute Gold Medal for Leadership 2017.

Robin Millar is Chair of Blue Raincoat Chrysalis Group and a globally recognised music producer.  He enrolled as a music technology apprentice at the age of 24.

Robin is an Honorary Professor at the London College of Music, a Fellow of the Association of Professional Recording Services, a member of the UK Human Genetics Commission and Global Ambassador for Leonard Cheshire, the world’s largest global pan-disability organisation.

He served on the Creative Industries Sector Skills Council, National Skills Academy and then as a trustee of the Creative and Cultural Skills between 2006 and 2016. As leader of the Creative Employment programme he helped create 3,500 new apprentices for the creative sector. 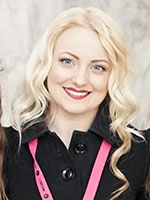 Jessica Leigh Jones was a Route Panel Member for Engineering & Manufacturing before being appointed as a Non-Executive Director of the Institute for Apprenticeships and Technical Education in June 2018. She also serves on the Quality Assurance Committee.

Jessica is Co-Founder and Chief Executive Officer of iungo solutions, the start-up with a vision to create an international brand for apprenticeships. She is Executive Chair of the Engineering Education Scheme Wales and Vice Chair of WJEC/Eduqas. Jessica has been appointed a Visiting Professor for Employability and Professional Skills at the University of Wales Trinity St David through the Royal Academy of Engineering.

Jessica is a Chartered Quality Professional and Associate Member of the CIPD. She has received the Freedom of the City of London and featured in the 2018 Forbes 30 under 30 Europe list and the 2020 Who’s Who list of influential people affecting British life.

Professor Malcolm Press CBE was appointed as Vice-Chancellor of Manchester Metropolitan University in 2015, having previously held positions at the Universities of Birmingham, Sheffield, Manchester and UCL.

Malcolm is an ecologist with over 200 publications covering the impacts of climate and environmental change, tropical rain forest ecology, and subsistence farming in sub-Saharan Africa.  He has studied plants and environments in a diverse range of ecosystems from the tropics to the high Arctic.

Malcolm is a trustee of the British Council and the Universities and Colleges Admissions Service (UCAS), and sits on the Boards of Universities UK and the Institute for Apprenticeships & Technical Education. Previously, he has served as president of the British Ecological Society, a trustee of the Royal Botanic Gardens Kew, a council member of the National Trust, a council member of the Society of Biology, a trustee of WWF-UK, and as a deputy chair for a Research Excellence Framework panel.

He was appointed a Commander of the Order of the British Empire (CBE) in 2022. 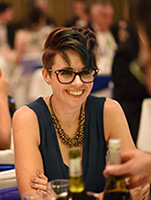 She is a board member of the New Anglia Local Enterprise Partnership Skills Advisory Panel and a member of the Suffolk Chamber Business Women Board.

She is a former member of the Institute’s construction route panel, which oversees approvals of new apprenticeships, and was chair of our construction: design, surveying and planning T Level development panel. 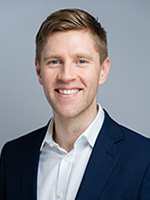 John Cope is a former head of education and skills policy at the Confederation of British Industry (CBI), and deputy director of education practice at the thinktank and polling company Public First.

He assumed his current role as director of strategy, policy and public affairs at the University and Colleges Admissions Service (UCAS) in September 2020.

He is also a non-executive director of the Activate Learning Group and an advisory member of the board of the Education Policy Institute.

The majority of Sir Peter Estlin’s career has been spent in Banking. He was chief financial officer for Salomon Brothers Asia, and then for Citi's investment and corporate banking divisions in New York and London. He joined Barclays bank in 2008 and was appointed acting group chief financial officer in 2013. He also served as the 691st Lord Mayor of the City of London from 2018-19.

He is a non-executive director of Rothschild & Co, chair of FutureDotNow a coalition of 100 businesses leveraging digital skills, and former director of Workfinder Ltd, which is finding skills for young people in the digital industry.

Peter was knighted in the 2020 New Years Honours for services to International Business, Inclusion and Skills.

Neil Morrison is director of HR and communications at water utilities giant Severn Trent. He started his career in HR management in 1996 and has since worked in a variety of roles within FTSE 100 companies, including Rentokil Initial and GUS (which latterly became Home Retail Group).  Before joining Severn Trent, Neil worked for the publisher Penguin Random House where he was one of the main leads in helping to steer and finalise the global merger between Random House and Penguin.

He is also an experienced member of the Institute’s T Levels panel who has helped the Institute shape the exciting new qualifications for the human resources sector.